As the best local solar installation company in California, we at Forme Solar always focused on taking your solar panel project seriously, as if it were for our own homes. However, we also recognize the funny and clever kinds of stuff around electricity and the solar industry.

Great solar installation companies typically have a fun and interesting history full of fascinating facts you never knew. For fun, check out these exciting facts that you may not have known about solar that you can share with your friends or bring to your next trivia night!

Solar energy is quite a magnificent phenomenon. Nobody doubts that the technology works. The biggest question about solar energy is if you can find a reputable company to handle your installation. Here are some fun facts about Solar Panels and Energy!

The best fact about solar is that its cost is the inverse of oil. The more solar panels that are produced, the less they will cost. The more oil consumed, the more it will cost. In 1973, a substantial breakthrough was developed that allowed Solar Power Corporation (SPC) to produce panels at $10 per watt in comparison to $100 per watt only a few years ago. Solar is an incredible invention that gets cheaper while carbon-based fuels get even more expensive! This is why solar is the cornerstone to sustainability. 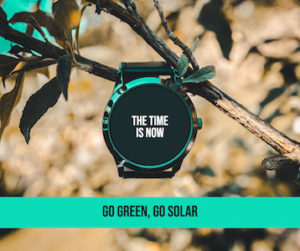